Meet the experienced and friendly doctors and staff who make Central Eyes Optometry a proud provider of vision care products and services in Grants Pass. 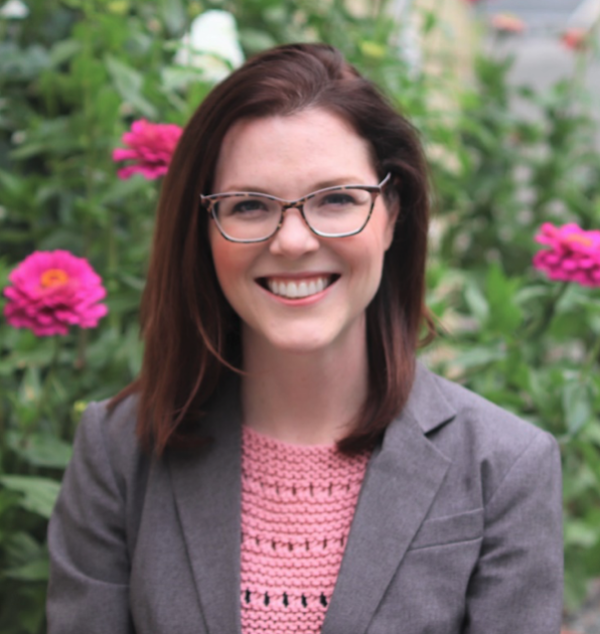 She began her professional career serving as an officer and optometrist in the United States Air Force, overseeing the Hill Air Force Base, UT optometry clinic and providing eyecare for active duty, retirees, and their dependents. After Dr. April separated from the military at the rank of Captain, she joined a private practice in the San Juan Islands in Washington State where she practiced for 3 years. After Dr. Barrett finished his optometry education, they moved back to Oregon to settle down in Grants Pass. They are beyond excited to put down roots and to call beautiful Grants Pass home.

Dr. April enjoys seeing patients of all ages and has a particular interest in pediatric exams and binocular vision dysfunction. Dr. April personally understands the challenges patients face when their eyes do not work well together due to her own history of strabismus as a child. She often reminds us that nearly 80% of what we learn is through vision and that if a child’s visual system is not working properly, they are at a huge disadvantage! She is an advocate for all children getting their eyes examined yearly so they have the best chance of success in school, sports, and in life.

She is a fellow of the American Academy of Optometry and a member of Oregon Optometric Physicians Association and American Optometric Association.  Dr. April also provides free screenings for infants 6-12 months through the InfantSee program.

In her free time, Dr. April enjoys gardening, photography, hiking and spending time with her family. 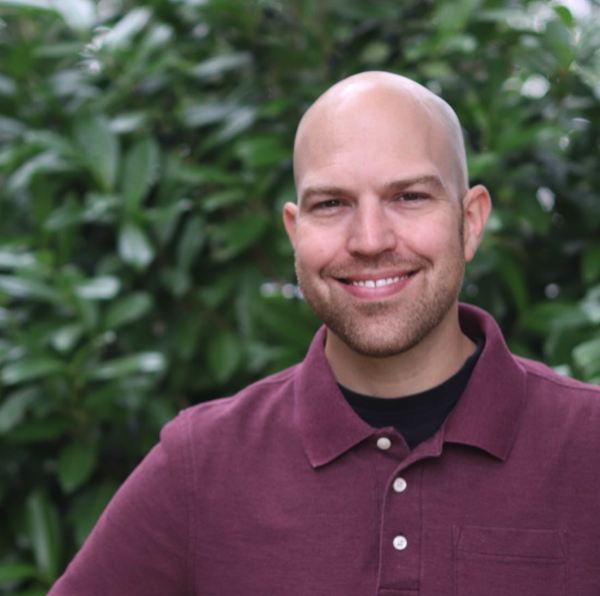 Optometry is Dr. Barrett’s encore career after twelve years working as a paramedic in the Chicagoland area and Multnomah County. Dr. Barrett was born in Kentucky but was primarily raised in northern Illinois, where he obtained his Associate’s Degree and completed his EMS training. At one EMS station, Dr. Barrett’s nickname was “Book,” for always having his nose in one. Dr. Barrett was honored to receive the AMR ‘Caregiver Inspired Award’ in 2011. After a dozen exciting years as a first responder, Dr. Barrett was ready for a new challenge and perhaps fewer night shifts.

Influenced by Dr. April’s experience in optometry school, Dr. Barrett followed in her footsteps and attended Pacific University College of Optometry where he received his Bachelor’s Degree in Vision Science and his Doctorate in Optometry while April was serving in the USAF. As a student, Dr. Barrett was a member of the Beta Sigma Kappa honor society, Optometric Physicians of Washington Student of the Year, and received the Smith-Lingel Award in Systemic Disease.

Dr. Barrett loves seeing patients of all ages and wants each person to leave with a better understanding of how their eyes and visual system function. One of Dr. Barrett’s favorite parts of the day is fitting lenses for a first-time or difficult-to-fit contact lens wearer and seeing their response to clear vision without glasses! Myopia management is a passion and he’d love to tell you about it.

Dr. Barrett has several optometry-heroes who’ve inspired him; but none held in higher regard than Dr. April, who continues to be a terrific clinical colleague and partner, in addition to an amazing life-partner.

When out of clinic Dr. Barrett likes to read, mountain bike, play guitar, and go hiking with Dr. April and their dog, Daisy. Dr. Barrett is also learning to garden and homestead, but he has a long way to go.

You can schedule your next appointment with us online!